Top of the Pods: the world of Warhol as told by Jeremy Deller and Donna De Salvo 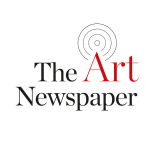