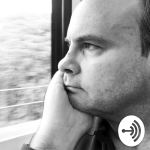 Wando move hits your is like to your beats working episode of three hundred thirteen of Trent. Three sixty five days Wednesday, the tenth of October and greetings from the rooftops of Rimini here in Italy. And I heard interesting today from Jeff Bezos when he was asked about the optimal size for meeting and what he said was if you can't feed the people in that room with two large pizzas than this too many people in the meeting. And I think it's a really smart perspective when it comes to meetings. We all know when you get a meeting with a bunch of people, and I've seen people still to this day do it. You put ten twenty thirty people in a room and trying to have a constructive mini. It doesn't make sense. So bottom line is I don't know too large pizzas, maybe two pieces each so you know five, six people in a meeting room that's about it to be affective. Beyond that. You've got a question, whether you're really being effective or not, and let's face it. Jeff Bezos knows a few things about running businesses and. Running meetings so there it is if you cannot feed the room with two large pizzas, you've got too many people in your meeting room already. That's today. Thanks for tuning in. I will be back again tomorrow. So yeah, hearts play. Tiffy again died on. The cast you just heard was published with anchor. Got something you wanna say to the creator of this show, send them voice message using the anchor up free for an Android.