Fan Favorite: Why are we so Nostalgic for Sugary Breakfast Cereals? 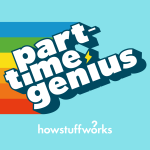