James Kennedy and Raquel Leviss, Everything You Didn't Know About Them 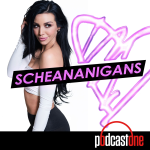