Coming Soon: The Storm After the Storm 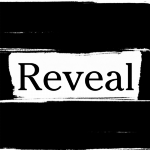 Hey, this is L. Let's in and I'm here to give you a sneak preview of our new episode coming Saturday twenty seventeen was the worst hurricane season on record. When you're later. We look at how the storms turn bad situations. Worse we visit Houston Tex one of the most segregated cities in America. Even before Harvey hit city was struggling to provide enough. Audible housing for its residents city officials came up with a plan a couple years ago, but met with a lot of resistance as our reporter Nina's TJ found out. Officials had this idea to build a mixed income apartment building in a wealthier part of town called the Galleria. It's known for this giant glitzy mall with an ice skating rink but hundreds of angry Houston's revolted. This project. Back in two thousand sixteen. They showed up in force to a public meeting at the neighborhood elementary school. It was standing room only lasted for hours almost all the people in the crowd were white. They complained that the building was too expensive overcrowded schools, lower property values. So. Raise. Country. As to. We thought we'd compassion for. People's written comments to one person complained about what they called pollution of upscale neighborhoods with the poor only a few people spoke up in favour of the proposal, including a woman named Crescenzio play opposition, really. Fear of. Crucials black and she works for a housing advocacy group. She told the audience the people who wanna live here are your janitors. Your baristas your wait staff. So. Current. Good. The project never got approved. And when hurricane Harvey hit it became even harder for people to find a Ford -able housing. We'll have the full story for you on Saturday to make sure you don't miss an episode. Click subscribe on apple podcasts, Stitcher radio public or anywhere. You was podcast.