225: Serious FaceTime Bug: Apple shut it down and is fixing it but... 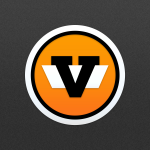 Just as I was posting this video apple took down, the FaceTime conferencing, servers to prevent anyone from exploiting this bug either maliciously or as a prank so for now until apple post, the fix restores the service. You have nothing to worry about you just won't be able to make FaceTime group calls for all the background on what's happening. And why keep watching a serious bug has been discovered in face times new group? Call feature that can be exploited to allow instant access to your microphone and potentially your front facing camera. I asked apple about the bug and they provided me with the following statement. We're aware of this issue and have identified a fix. It will be released in a software update later this week. So what the hell is happening. And what can you do about it? In the meantime, I'm Rene Ritchie and this is a late night last minute priority. Intercept addition of vector news of the audio book. I started making the rounds today on social it was picked up and reproduced by nine to five MAC, BuzzFeed the verge and many other outlets. That's where the video aspect of the bug was first discover. Heard the bug works by starting a FaceTime call and then quickly adding yourself as an additional caller which tricks a system into thinking the conference call has been answered and starts relaying audio from the person you called if the person you call Ben clicks on the power or volume button to mute the call. It can start streaming video from them as well. Thanks to continuity is call relay feature the one that lets any other IOS or MAC OS device on the same account. Make or take calls, including FaceTime calls from any other device, if you're logged into your FaceTime account on multiple devices running IOS, twelve or MAC OS Mojave, the exploit becomes exponential all of those microphones could potentially be accessed. Yeah. As bugs go. This is the worst after years a relative in activity with twelve and MAC OS Mojave, apple greatly enhanced and expanded FaceTime. In addition to me emoji AR stickers. Apple added FaceTime group calls which finally allowed for multi user conference calling through FaceTime. It's that part the new conference calling feature called FaceTime group calls that's at the center of the bug an exploit. So if you're still running IOS eleven or MAC OS, high Sierra or older and don't have the new FaceTime group Paul feature. You can't be affected by this bug. Like, I always say no matter the company, no matter the feature bugs happened. So what matters is how a company responds when not if they do. And according to apple statement, this book should be addressed in a matter of days. Yeah. Days not hours because apple has to implement the fix and tested. First rushing out a bug fix is a great way to create more different. And potentially even worse bugs. In the meantime, if you're just dealing with a single device you can double click the power button on off aka sleep wake to immediately kill any incoming FaceTime calls. You don't want to answer just be aware that if your devices in your bag or across the room or even any way out of reach your audio could be live up until the point when you kill it. There have also been some reports that leaving your device and do not disturb mode. Prevents the ringing enhance the exploit just pulled down control center and hit do not disturb. You may well miss other important calls while Indian though, so consider it carefully. If you're especially worried that someone might try to spy on you or just do a dumb, pray. Thank you can also turn off FaceTime on any and all devices, especially multiple devices. You don't normally use for FaceTime until apple pushes out the patch. Just go to settings FaceTime and hit the off button. So yeah, this absolutely, positively sucks. And even though hundreds of millions of lines of Kobe being hit by hundreds of millions of people means it's always going to happen. It should never not ever happen. But again apple says, they know what the problem is and already working on a fix. So now, real talk. I didn't have time to come up with a silky smooth sponsor transition for this skill share has been kind enough to support their show all week. So check them out by the link below then hit up the comments and have at it. And thank you so much for watching.