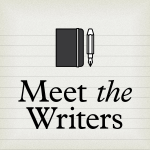 Monocle reads today. I'm speaking to know metoo collie is founder and director of the Jaipur literature festival, which takes place every year in Jaipur in India, a taste of the spirit of the festival will be at the British library in June here in London to celebrate south ages, unique literary. Heritage. Welcome to you. Knew meter wonderful to be here with you, Georgina tell us about the parrot festival, which is billed as the greatest literary show on earth. All of us me William dalrymple Sanjoy, I think via secretly are not so secretly surprised by hall grew from us mall, modest well-intentioned festival to the scale and range. It's got today, and I think one of the things that distinguished it from any other festival in the world was the fact that India has unique literally headed because we have twenty four national languages, including English and these languages are in constant resonant with each other. So my contributions from the very beginning will make sure that the festival was deeply rooted. In the Indian literatures and give them an opportunity to talk to each other, as well as to showcase and platform them for the rest of the world. And every year it grew and I remember in two thousand eleven I said to the others, I said, this is going to be our Woodstock, y'all, but it didn't stop at that. And we sometimes competitive literature festival to kumbaya, which is the largest pilgrimage in the world, but it's not just a numbers. It's easy to get numbers Indio billion plus people, but it's the quality of the audiences so unique mistreat because the quality of the audiences provokes the writers, and the speakers to give their best now the event takes place in a number of other locations around the world. We'll talk about London. In a moment, where else does it on a London than I I'm the Belfast, which I'm looking forward to and then we have? Houston New York Boulder Colorado, this year, Toronto and now again, for the second year, Adelaide and each of these, they're very rooted, very local and yet, they are international politics. And somehow, we've got one partners in each of these cities. And we get feedback and, and something happening there, all of them. Now tell us about at the British library. It'll be the third time. The events taking place there doesn't seem it's a really wonderful to be collaborating with the British library. It's sixty or in London, and are told you at the British library, you know, the British library's unpatented in its archive, memory, the shed scholarship that we get there, and we collaborate closely with the team to, to see what we can bring that. That's unique to the location. For example, one of the sessions with give me the most joyous, two years ago with Shashi Tohru and others on them. PG Oton, white PT Woodhouse is the Cumulus very popular in India unexpectedly. I mean the audience and very famous biographer of BG house, all very surprised to see the way Indian politician and bestselling author. Shashi Tharoor could summon a- almost five minutes of throws from PT Woodhouse on memory, and that was the year when there was a PG Woodhouse exhibition of recent acquisitions of papers by the British light res to seal? We have a wonderful session on hero cliffs on based on the exhibition going on. They suggest they collaborate. Give us ideas and. I find it an absolutely wonderful location. And it's a wonderful platform while I must say Southbank was very good tune, it's slightly differently. And tell me who the big names this year. I know that Jeffrey out show will be alongside fantastic. Indian writer shrub any Busu. Yes, not have a very good list of people near Tristram hunt and Chaffee to rule. And Chabany Bossio speaking about cities. We have Rabin not gore some experts on revenue after gore and on the Bengal Rene sons miles Steeler on Queen Victoria, who was known as Malacca Victoria in India have noth- date. Sarah, not looking about the first guru of Sikhism, which is the youngest religion in the world. Good non-uk bit hundred God luhia, who is a wonderful singer and sick historian, also live creek. Country with people like shied. Afridi the Pakistani cricketer, the wonderful Dombi was written on your book around the cricket country than all friends of the festival, like Marcus, looser, toy on creativity and not intelligence engine us any on. The intersection honesty's reason class, the Nobel laureate Sovan kid on Chris Nunn, who was in jeopardy seal, he because the secrets of the gene Helena Kennedy again, who comes to jeopar- on enough. She tells us how he was shamed route Fidelin prenup NUP intra speak about the vanishing about wildlife conservation in India, and the increasingly Blix inaugural debt. Let me thank you so much for that jail f the Jaipur literary festival at the British library takes pace from the fourteenth to the sixteenth of June. He been listening to Monica rates. Thanks to our producer Christie Evans. I'm not Nicole. Thank you. For listening.