Madonna: Music as Sex and Sex as Power in the Reign of the Queen of Pop 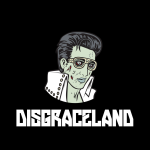