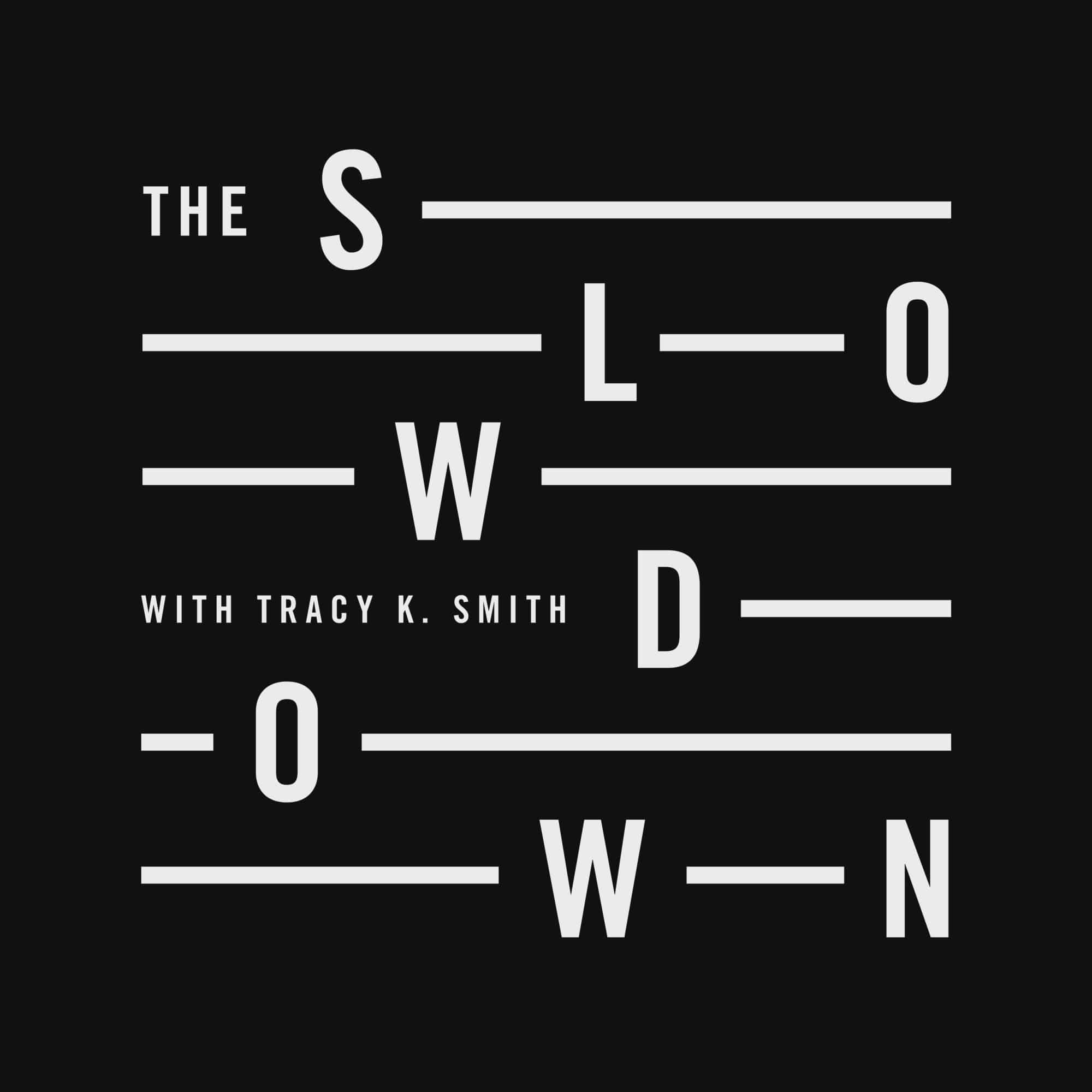 Happy national poetry months. Lowdown listeners. I'm Jennifer lie. The producer of the slowdown for us. It's always poetry month. Take a minute to support your daily source for poetry and inspiration. Give to the slowdown, and we'll send you the slowdown mug. As a thank you gift. Give today at slowdown show dot org slash donate. I'm u s poet laureate, Tracy case Smith, and this is the slowdown. I must have been in high school when I first encountered the word surreal, and I took it at face value as something unreal. Or impossible. What happens when fantasy infiltrates reality? I was young sheltered and happy. And so the dark implications of the term were hard for me to grasp flash forward thirty years, and wow, I get it. I understand how perfectly necessary it can be to resort to the dreamlike and illogical when trying to make sense of what we allowed to occur in the actual world because so much that is terrible and heroin and absolutely real feels like it just ought not to be possible ought not to jibe. With the laws of logic or be plausible. As fact I now grasp how the surreal can be a powerful political tool attempting to shake us out of our groggy acceptance. So that we can see an atone for the real damage we and the institutions that act on our behalf are responsible for today's poem lake. Michigan seen three is by Daniel Brzezinski of Chicago, set an imaginary internment camp on the shores of the lake. The poem offers a nightmarish lens on the conditions endured by real communities of immigrants the poor and people of color Lake Michigan seen three by Daniel Brzezinski. The bodies are on the beach and the bodies keep breaking and the fight. Right is over but the bodies aren't dead and the mayor keep saying, I will bring back the bodies. I will bring back the bodies that were broken the broken bodies, speak, slowly, they walk slowly onto a beach that hangs over a fire into a fire that hangs over a city into a city of immigrants of refugees of dozens of illegal languages into a city where every body is a border between one empire and another. I don't know the name of the police officer who beats me, I don't know the name of the superintendent who orders the police officer to beat me. I don't know the name of the diplomat who exchanged my boss. Body for oil. I don't know the name of the governor who exchanged my body for chemicals. The international observers tell me, I'm mythological. They tell me my history has been wiped out by history. They look for the barracks. But all they see is the lake and its grandeur, the flowering gardens, the flourishing beach. The international observers ask me if I remember the bomb that was dropped on my village. They asked me if I remember the torches the camps. The ruins they asked me if I remember the river the birds the ghosts, they say fine hope in hopefulness find life in death listeners locate the proper balance between living and grieving I walk on the lake and hear voices. I hear voices in the sand and wind I hear guilt and shame in the waves. I have my body when others are missing. I. My hands when others are severed. I hear the children of Chicago singing, we live in the blankets of times. The slowdown is a production of American public media in partnership with the library of congress and the poetry foundation.