The Human Experience in Objects: The Case for Museums in the 21st Century 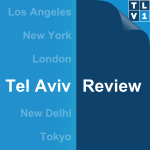