The Best Investment Writing Volume 3: Rob Arnott Yes. Its a Bubble. So What? 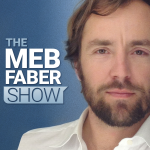