Bonus Edition: The House Intelligence Committee vs. the House Judiciary Committee with No Bull 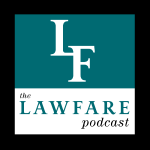