An ingenious proposal for scaling up marine protection | Mark Tercek 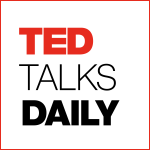 Happy world, oceans day. Okay. So you're about to hear something a little different from the nature conservancy. This ambitious idea is part of the day, Shas project. It's Ted's initiative to inspire and fund global change. Learn more at Dacia project dot org. Earth's oceans, they're beautiful inspiring life sustaining. They also as you're probably quite aware more or less screwed in the Seychelles, for example, human activities, and climate change have left Kohl's, bleached of a fishing has caused fish stocks to plummet by diversities imperil. So what can we do? Well some form of protection obviously nature is very resilient. When marine areas of strategically protected entire ecosystems combatants back. However creating marine protected areas is an easy. I you have the issue of figuring out where to protect this overlaps with that international fishing, route intersects with this fish hatchery. Everything is interconnected marine protection plans, must take into account, how one area affects another, then there's the issue of getting everyone on board. Coastal economies often rely on fishing and tourism, if people think they can't do their work. There's no chance of getting the local buying you need for the area to be successful marine, protected areas must also be info. I that means the government itself must be deeply invested in the plan, token support will not cut it. And finally conservation requires money. A lot of governments in Ireland and coastal nations may want to protect their waters, but often these nations, have very high debt and caught a Ford to prioritize conservation. If we rely on philanthropic dollars alone to fund marine protection, we might get a small marine protected area here, another little one there. But we need more marine protected areas, foster to have lost impact. So what exactly does smart ocean conservation look like how did we get the money, government support, and careful planning, but takes into account both local economies and complex ecosystems? We want to share with you or Dacia Siggia from the nature conservancy it seeks to address all of these things in one fell swoop. They've realized that debt held by Ireland and coastal nations is the very thing that will enable them to achieve conservation goals, TNC's idea is to restructure this debt to generate the funds and political will to protect reef. Mangroves and fisheries. For example, if you refinance your house to take advantage of it, but interest rate, maybe use the savings, insulate your attic. That's what blue bonds for conservation, do for entire coastal countries refinance the debt. Then use the savings to create marine protected areas. Of course, sovereign debt restructuring is more complicated than that. But you get the basic idea if investors put in forty million dollars, now it can unlock as much as one point six billion ocean conservation. And this is how the work gets done step. One negotiate the deal, a coastal nation commits to protect at least thirty percent of its ocean areas in exchange, the nature conservancy brings investors public funders and international development organizations to the table to restructure a portion of the nation's debt hitting to low interest rates and longer repayment. Periods step to create a marine plan symbol tenuously, the nature conservancy works with marine. Scientists government leaders and local stakeholders to create a detailed conservation plan. When that integrates the needs of the ocean with the needs of the people step three activate for longevity, TNC establishes, an independently run conservation trust fund, the savings from the debt. Restructure goes into it to support numerous protected areas, the trust, and hold the government accountable for its commitments ensuring that the blue bonds finance real protection efforts could this plan work? It already has in two thousand sixteen TNC helps create a national conservation plan in the sessions. TNC restructured twenty two million dollars of the government's debt and in exchange. The government agreed to protect thirty percent of its marine areas today. The Seychelles is on track to protect four hundred thousand square kilometers of ocean. That's an area roughly the size of Germany. The Seychelles is protecting its coral reefs is replenishing its fisheries. It's improving its resilience to climate change. At the same time, it's strengthening its economy. This success is making other governments take not many want to be part of this. There's an opportunity to scale this up dramatically, and fast TNC is identified twenty more nations, where such a plan should be possible. But to execute the need seed capital and to put in place local teams who can develop conservation plans work with all the stakeholders and stretch the deals, if they get the support they need over the next five years. They could protect four million square kilometers of ocean. That's ten Germany's this will increase the amount of protected areas and all of the world's oceans by an incredible fifteen percent. It would allow vast tracts of the world's coral reefs to replenish, and give safe harbor to countless species. This would be truly incredible. And it's really just the beginning because they aren't twenty countries in the world with this kind of debt, conversion work, there are almost a hundred with this approach. Everyone wins governments local citizens funders and most importantly, our oceans. So, in fact, we all win. Earth's oceans. For more TED talks to Ted dot com.