iPhone 12 pre-orders, MagSafe cases, 5G updates in the US and UK, and Intercom feature on HomePod 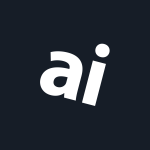