Ruth E. Carter Teaches Us How To Dress Like Royalty 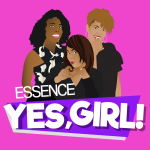