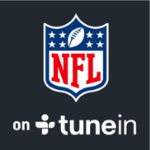 It's time for the plane with science check down where sciences sports collide for that. We'll bring in our friends, Chuck nice, Dr era, Goth, and Aloma. First, let's cue up the highlight machine Cam Newton, going to the end zone at our nation's capital finding Devin. Funchess fellas take us through that play. Yeah, absolutely. That's what it was. Looks like Clinton done. Barkat totally. Moss professor tell us how the happened. We'll check. I happened to be talking to you from Huntington West Virginia right now, home of Marshall university. And this is where the real mosque thing of defensive backs began like the newly minute hall of Famer. Randy moss, Devin. Funchess is six foot four inches tall. He lined up against six foot two inch Quinton Dunbar on the far left side of the formation Panthers six, five inch quarterback Cam Newton, took the snap from the shotgun and pedal back to the thirty one yard line before throwing the ball Newton's pass, left his hand at forty six and a half miles per hour just over twenty seven degrees above the horizontal, but as much fun as it is to look at football air dynamics, I wanna focus on the TD catch Newton's pass arrived at the one yard line, getting his glove, hands at forty, two miles per hour. Funchess leaped above. Dunbar allowing his Ford momentum to carry him into the end zone, punches manage to leap over one point, three feet into the air. When he caught the ball, his leap kept him above the turf more than twice as long as dunbar's leap fetches gloved hand stopped the ball using a lot of friction when funchess landed on the turf with his left shoe. He was holding the ball as right hand. Well, out of dunbar's reach the best Dunbar could do as Yankel and fences facemask with his left hand, hang time is a wonderful thing for any of us who leap into the air. We spend nearly seventy one percent of our time above her in the top half of our motion do as funchess did to Dunbar, and you'll have more time to hang at the top of your flight. Funchess used his hang time to moss Devon Dunbar or of funchess sounds like a delicious treat, but it looks like it was dump are who got eating on this play. Chuck you have plenty of street cred was the last time you got most. I gotta tell you something. I believe it was an elementary school game that I played just last week and we'll save that for the podcast. Fellas always a pleasure will chat with you next week. I playing with saints check down all free only on tune in.