What the Iran Cables Tell Us About the U.S.-Made Hellscape in Iraq 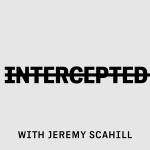