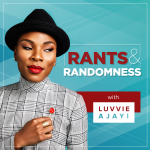 Their favorite teachers we will never meet in eighth grade. My favorite english teacher signed us toni morrison's soula. I've always as love reading so it was nothing to jump into the book once. I was on those pages those words mesmerized me engulfed me hug me. It was probably one of the few times i it didn't procrastinate to the last minute to write a book report and ever since then i revisit that book as reminder that we all have a purpose. Even the worst of us had the best the reasons for being on this planet. I started blogging in two thousand and three as a college student ranson about her random undergrad ventures and blogging took on a life of its own home for me but right and gave me voice even when i thought nobody was listening still. I didn't call myself a writer until twenty twelve nine years after i started for me. The word writer was to sacred and honestly like i made up to something that someone like tony morrison would use to describe herself how dare i didn't feel like at earn title that people use for ms morrison we end in the same stratosphere yet club while we were in had i been listening and absorbing her words i i would have known that because toni morrison's words gave freedom to black girls and women to be who they want to be instead into the world as who they are tony's works teach us to be freer. She gave me the freedom to be who got purpose may be. It's like that quote of hers. The function of freedom is to free someone else tony morrison free meat. I can be courageous with my word because this giant sword with hers. Her words were convicting consoling encouraging. She treated us like grown-ups entrusted us with those letters to do as we wanted. If there's a book that she wanna read but it hasn't hasn't been written yet. You must write it. Miss tony told us that and who not to listen that quote appears on page two of my debut book. I'm judging you. The do better emmanuel. Her words literally been life's instructions for me. I took them to heart. Tony moore was unabashedly a truth teller beyond her works. Her interview showed how this woman dropped constant gems and worse to challenge a world that didn't check itself often that based on her voice. It wasn't just to make words sing going paper but to make your chest quake when she dropped a truth like her piece on the functional racism. Every interview was a masterclass and that quote. Oh it's the function. The very serious function of racism is distraction. It keeps you from doing your work. It keeps you explaining over and over again and your reason for being somebody says you have no language and you spend twenty years proven that you do somebody says your head is shaped properly so you have scientists working on the fact fact that is somebody says you have no art so you dress that up. Somebody says you have no kingdoms so you dress that up. None of this is necessary very there will always be one more thing i for one i count myself as fortunate to live in the space and time where tony morrison existed existed and was celebrated and revered. I never got to meet her or hear. Her speak live but that would have been a bonus. I feel content because what what more do i need from the woman who gave you permission to be myself and to follow the crooked purpose of wordsmith in in the moments when i feel lazy when i wonder whether words matter all i need to do is pull up a morrison pros. All i need to do is recall. How soula feels like a person. I note all i need to do is read something about how song of solomon gays someone wings do words matter toni morrison's life and legacy is uncompromising proof that words don't just matter but what they breathe and saying and sore and those of us who right must right loudly to the rafters the stages were given their temporary what we say into those mics could be forever. Toni morrison taught me that you can be black. You can be a woman you can be gifted. You can be celebrated and give perceive your roses while oh you are still here. She's gone but her words are immortal along may her work rain. We hell you queen. Eighty eight years on this curse and your work is done but your impact is just beginning. That is a life well lived. May we all use our gift to light up the world so so thank you tony for affirming this black girl. The world is less brilliant today but the world is more than lucky to have had you. I say she's toni morrison first of her name architect. The words acclaimed author teller of truths shift of culture neta of noble prize in writing domino legendary laureate the people's professor may she rest in peace empower <music>.