Introducing: 'How to Citizen with Baratunde' 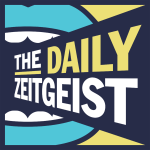 Yo Barrington Day and I wanNA. Tell you a crazy story from my childhood. When I was nine years old, my mother gave me a special assignment. She said it was up to me. To come up with the system, we would live under after democracy and maybe capitalism had failed. I repeat I was nine years old and that know that's a wild assignment one. Apparently I feel data because all the headlines Thirty three years later talking about democracies and crisis democracies at the tipping point. And I agree. But which. Way Our democracy tips. That's up to us. And that is the spirit of my new show how to citizen with Barry tuned. By the way, I'm the Baritone Day in that title, there's no other baritone days. It's a one bear today show. Only baritone Dacia. Because in this show I'm going to introduce you to people who are tapping into that collective power. We are all part of organizing communities to make a difference and change outcomes in areas as diverse as public safety worker rights, voter turnout, even our food systems. Did you know that we can keep ourselves safe without giving all of our money to the police department. Did you know that we can build an economy that works without giving all of our money to Jeff Bezos? Is Wild. This. Show is going to involve you in that project because it'd be very authoritarian for me to make A. Shoko. HOTTA. Citizen Righteous. Talk Down at you. Instead I'm inviting you in literally to be part of the tapings of the show which we live with the audience. And also to convert some of that news rage, you're probably sitting on into action where we are going to give you things, you can do to be a better citizen. Our media isn't fake, but it is incomplete because so far much of the message we've been getting. Broken. The world is as opposed to all the work being done to mend it. Much of the message we've been getting is how alone we are how powerless we are, but there's another side to the story that talks about us as a part of something greater something that we can do together that the current moment as an opportunity with pandemic revolution and all to re imagine and reclaimed this word citizen, take it back from those who've weaponized it against people who don't have the right paperwork. And converted into a verb big enough to invite us all to participate in determining our society, how it works and four home. The home of being the many. Not just the few. How do citizen with Baritone? Day It literally takes all of us. That includes you. Coming August twenty seven to the iheartradio APP apple podcast wherever you listen to podcasts.