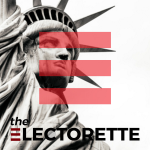 This is john taylor. Skinner the host and creator of the electorate podcasts. And i have a new podcast series called the gatekeepers. The gatekeepers is a limited episode series created in collaboration with dane magazine. And it asks the question who owns public space. The gatekeepers examines the policing of public space throughout history and i was inspired to create the series by some more recent viral news. Stories were black and brown. People were being confronted in public spaces and expected to prove that they belong. It's part personal essay in part documentary. Please listen to the sneak peek of an upcoming episode. And if you enjoy it. Please subscribe by searching for the gatekeepers in your favorite podcast app. Thank you so much for listening. And i hope you enjoy this preview in the summer of nineteen nineteen an intense heatwave overtook chicago. And i'm one sunday. July temperatures reach the mid nineties and chicago and walked to the shores of lake michigan including seventeen year olds eugene williams. Jean williams at a group of his friends decided to go. I swim along the beaches of lake michigan. But because this was nineteen nineteen. The beaches along lake michigan in chicago were of course segregated and there wasn't a formal segregation of the beaches. There are no markings or signs indicating which areas redesignated for whom but it was known by summit. Lease that the twenty ninth street. Beach was designated for whites and the twenty fifth street. Beach was for blacks. But somehow and it isn't clear. How exactly he jane. Williams shifted to the white part of the beach and one white beachgoer a white man spotted him and he began hurling rocks at moyens and he pelted the teenager until he drowned. When the police arrived several block witnesses identified the white man. Who is responsible for william staff. But the police didn't arrest him so things at the beach began to escalate and there was a skirmish so the police finally did make an arrest but they arrested a black man. Instead the incident at the beach and the murder of digi williams sparked violent summer of race riots in chicago. It was so violent in fact that it was dubbed the red summer. And i think about this at the beach that day and the fact that regular citizens stepped in to make sure that the beach remained segregated. I'm reminded of the waves with similar. Spaces are police today. One hundred years later. Black and brown people are still harassed at beaches in public pools at campgrounds. And that part for asks a show. Pufus permits order presente. Id and it's not just recreational spaces. It's happening on college campuses. It's happening in coffee shops at work and at home every day a new video surfaces of someone being questioned or harass or costed because someone else has decided that they don't belong. There is pattern of black and brown citizens being policed in public private spaces by other citizens. White citizens are still policing public and private spaces and ensuring that those spaces remain segregated. They're acting as unofficial gatekeepers of space from day magazine and the electorate. i'm genteel skinner. And this is the gatekeepers. A podcast examining the history behind the policing of black and brown people from public space and spaces are still police today for months. Three women who are white repeatedly called detroit police on him for working on a garden. An old part on the city's east side says the confrontation was shocking. Time stop everything stopped. But we have a story tonight about a swim club in suburban philadelphia accused of refusing to let a group of summer camp. Children's swim there because they are black. Marcus allen is one of many children who say they heard grownup white members of the club making there was concern that a lot of kids would change the complexion and the atmosphere of the club and we must not be in america. I don't know what we're in but there's a multitude of colors in america.