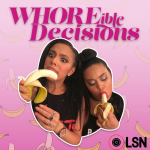 Hayward Hive if you are looking for a new podcast and also another safe place to explore your spirituality and sexuality we have a new podcast cast for you guys to tune into it is called spiritual gasm is a new podcast from BFF's Arielle Kabul and Sterling Jones where they dive deep into the mini Rome's of spirituality and the infinite levels of human sexuality now Yano meal wheezy beyond here talking about our hosts shit but now you guys can listen and to cable and sterling talk through their personal stories conversations with experts and also the occasional celebrity guests where they take a multifaceted faceted approach to exploring everything that listeners are curious to know more about but are too scared to ask offering the perfect balance of believer and skeptic Kevin Alan Jones will open up your mind tease your senses tickle your funny bone and help you reach a new highly satisfying kind of climax. This clip your about to listen to him is is laughing. These mother fuckers talk about different sounding moans and then getting to the spit talk now. We've talked a lot about spit during sex so I'm about to leave you with a clip from the very new podcast spiritual gasm featuring Kevin Jones and be sure to go ahead and subscribe everywhere where you listen to your favorite podcast when things are feeling good. I just let them known a sentence in my normal voice. I'll be qualified because really good. That's how I talk. Are we in school. I'll be like and then I'll tell really good really good right there and that's it. I'm not I don't. I never liked though okay yeah. That's vocal. Were you thinking of screaming or something. There's I've hooked up with a guy before and he was is like I was like. There's the door which is terrible. That was so mean a me park. I didn't actually say there's the door but I did your added. My Dick was said there's the door and I was like dig. Don't be a Dick he's like I can't help a man on the Dick. It's like we'll tell him to stop doing that. Noise first off. It's weird secondly neighbors third. Do I know my Dick. It's a Dick. Do you think that's because you weren't actually attracted to him like if you were attracted. Would it have mattered thing. That is a really good question because I don't know because you're saying like dream guy and he's like what I be okay with it. No all out ever hang on a second. I feel like you're not being fair because you just went what if he was like. Oh the issue is considered raise fact podcast. We need cameras in here because you just like automatically went high and that's not fair not not let me hear it again and without seeing let me look away the noise again. Let me see if I would be turned off. Okay hang on. Oh Ho Sterling feel so good. Oh now it's like the dynamite hey guys. I got to get somewhere. Get some okay here. We go to Korea. Take Me Oh yeah oh right there. He's out. Take take your he left. He's got maybe comes from like my conservative upbringing. Many I don't know now my parents were very like. Are you conservative meaning like my parents so I don't mean politically I mean. Do you consider yourself conservative socially conservative yes I am. I know I knew it for to be a fact and I'm not proud of that. Proud of conservative sexually conservative choice you you can tainted it and he does not freaky freaky. EST thing I've ever done to someone I spitting a guys mouth once he asked me to spend his mouth mouth and I was like really and he was like well. We're making out like I was like all right and so I had like find spit and it wasn't turned. It didn't turn me on but he turned him on. That's interesting because if you're kissing you are technically swapping saliva and yet. There's something about swinging. Someone's mouth mouth. That thought just out. There's GonNa be spitting on someone period. I guess yeah disrespectful. That's what it is. It's like I can't even even fathom that. He wanted his mouth and again. I'm not judging Sandra. That's the easiest thing I've ever thought to be honest. I think that's I think that's freaky. Okay so there you go and I it wasn't for me so yeah. I'm pretty vanilla and I don't like that part about me. I wish I was into like some shit because I think it would expand my brain.