You have Great Hair, Your Personality Sucks, I Love Your Shoes 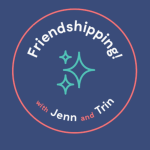