A Win For Trans Youth 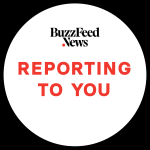 Pam, Julia for London. Here are three stories you need to know about today. The strongest storm of the year hit the Philippines and Hong Kong over the weekend and left behind a trail of death and destruction. Typhoon mon- could hit the Philippines on Saturday and at least sixty people have died. Many more are feared to have been killed after a mudslide as well by Sunday, the storm hit Hong Kong. It's the strongest storm that's hit their in decades. Hundreds of people were injured and a lot of buildings were severely damaged. Not surprising since the storms. Wind speeds reached up to one hundred and seven miles per hour. Hong Kong's official weather forecast agency noted eleven foot storm surges, which is a record high. The government didn't declare the day after the storm a holiday. So people still had to try to get to work yesterday. It was disastrous with so much public transport out of service stations basically looked like mosh pits of people trying to get to work mon- could has since moved to southern China where more than two point five million people have evacuated from Guangdong China's most populated province. The storm has now weakened though. Oh, for all the news that you need related to typhoon coat head to BuzzFeed news dot com. One of the most influential professional organizations for doctors in the US just released a new policy aimed at helping pediatricians provide better care for transgender and gender diverse youth. The American Academy of pediatrics is the largest professional association of children's doctors in the country. It announced a new policy yesterday which includes guidelines around language treatment options and care to be used with patients whose gender identity is different from the one that they were assigned at birth. The guy is actually filled with a lot of really useful information that doctors who are trained decades ago may not be familiar with the policy defines terms like his gender and gender identity to make sure that all doctors, one hundred percent understand what they mean which is so important. It also stresses that there's no one way to be transgender or to transition, and it shows how to affirm a child's gender identity and interactions and paperwork and offers a bunch of guidance around the right language and management to us about genders for you shadow to you. American Academy of pediatrics. A good one. Remember that British cave, rescuer, that you on musk keeps calling a pedophile. You know, the one that Elon Musk kept saying he hoped would sue him. Well, guess what he line is going to have what he wants. The British diver, whose name is Vernon. Unsworth was instrumental in the rescue of those twelve boys trapped in a cave in Thailand. Over the summer, it all started when Unsworth criticized the mini-submarine that musk had made to help rescue the boys. Musk's response was to call him a quote, PetO guy on Twitter, musk later publicly apologized, and then he revisited the accusations. Again, consistency is not his strong suit must then sent a bunch of emails to BuzzFeed news doubling down on his cleats. He called Unsworth at child rapist. He claimed that he took a twelve year old bride and that he was asked to leave the tie cave, rescue site. All of these accusations are extremely wild, and if you wanna read them, they're all at BuzzFeed news dot com. We asked musk for evidence of these. Claims and he didn't provide any upon further investigation. BuzzFeed news found no evidence to support Ilan Musk's allegations and determined them to be fake news. Unsworth's lawyer l. Lynnwood said in a statement, quote, Elon Musk, falsely accused Vernon's worth of being guilty of heinous crimes. Musk's influence and wealth cannot convert his lies into truth or protect him from accountability for his wrongdoing in a court of law. We've got all lawsuits, juicy details on our website. So head to BuzzFeed news dot com for more. For more on the latest stories, download the BuzzFeed news app and don't forget to check out the news from BuzzFeed news this week. We follow the Trump Tower money trail and it's just about a sketchy as you'd imagine get it wherever you get your podcast.