1163: [Part 1] How to Gamify Your Life to Quickly Accomplish Big Goals by Benjamin Hardy on Personal Development 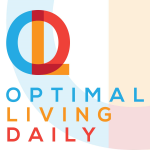