Sex and the City: Present at Creation - TRAILER 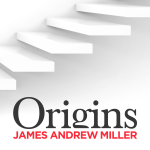 Hi, this is Jim Miller coming November fourteenth Arjun chapter five sex in the city present at creation featuring Sarah. Jessica Parker Kristin Davis, Cynthia Nixon, Chris noth and others from the seminal series now marking its twentieth anniversary the first day of production of the series. I walked a couple blocks to Seth and never looked back. And I remember being in the shower the next morning on day two, and I was like there is no place else. I'd rather be like I knew that quickly when HBO first aired sex in the city it's candid comedy about four women seeking grappling and discovering all kinds of things in Manhattan the expectations have several key players involved. We're not exactly great that might sound crazy today with the show long since hailed as Donnelly a YouTube hit, but a cultural signifier besides to feature films successfully spun off as well. I mean, I think that's one thing that girls went even farther with sometimes women are having sex. That's really horrible and that they don't even want to be having. But somehow they find themselves doing it. We're going to throw a spotlight on the shows earliest days in an effort to understand how it all got started. And some of the craziness from there. We didn't know what anybody was gonna make the visit all the fact that we swore the fact that we talked about sex. You know, it was a shock to the system in a lot of the critics were just like what the heck is this? I'm still dealing with it. I mean, the whole Mr. big as got real leg. We're better a word. I've even thinking that I'm going to outrun it and replace it with another role doing this November fourteenth for origins, deep dive into sex in the city this story behind the show that revolutionized the adults sitcom and reimagined the eternal search for lusting. And of course, love pardons sex in the city president at creation on apple podcasts who've wherever you get your shows.