Ep. 281: Start a Social-Issues Book Club, a Deep Dive into the Problem of Flaky Friends, a Hack for Great Quotations, and a Spotlight on Author Jason Reynolds. 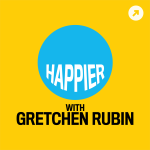