Listen: A highlight from How Trump's attempts to undo the election give Biden room for his cabinet unveil 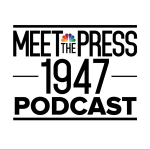