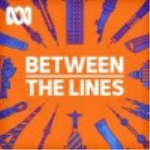 Between The Lines 2 months ago

Total Information AM 1 hr ago