Listen: Milo Ventimiglia talks his new film 'The Art of Racing in the Rain' 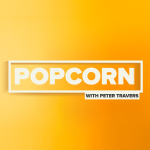