Oh No Ross and Carrie 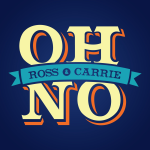 Why Did Spotify Hire Joe Rogan?

The Podcast Domination Show | Grow your audience, make money and have fun doing it 12 hrs ago

How I Built This 14 hrs ago

Nuff Said: The Marvel, Agents of S.H.I.E.L.D, and Comics Fan Podcast 15 hrs ago

Capes and Lunatics 15 hrs ago

Oh No Ross and Carrie 21 hrs ago

AppleVis Unleashed May 2020: Can You Read My Lips?

Creativity in lockdown with Dan Thawley

Fashion No Filter 3 d ago