Listen: Didi Conn discusses how she got the role of Frenchy in Grease 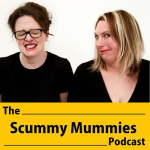