Listen: How a Toronto ob-gyn gamed the system and put his patients lives at risk 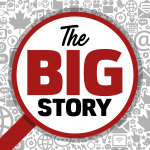