Listen: Jesus - the one who would drink the cup of God’s wrath 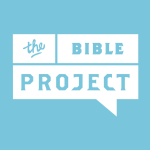