Listen: Experts talk about the impact of Trump’s Georgia call on the Senate runoffs 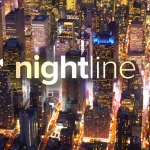