Listen: Here’s What Warren Buffett Says About The Coronavirus And His Outlook On Stocks 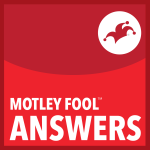