Miami: 2 women found dead inside car that fell into water near Fisher Island 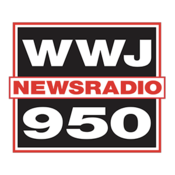 Miami: 2 women found dead inside car that fell into water near Fisher Island

Not Too Shabby 58 min ago