Listen: UK Supreme Court to give its verdict Tuesday on the legality of the prime minister's suspension of Parliament 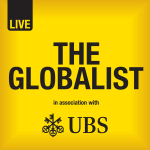