Listen: Age of Calamity Is a Hyrule Warriors Sequel and a Breath of the Wild Prequel 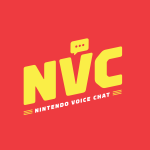