Listen: Patriots may soon have to deal with their first Antonio Brown issue and it has to do with his number 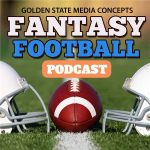