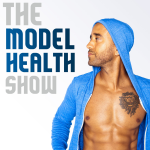 The Model Health Show 8 months ago