Listen: A highlight from How I Turned $5 Into a $10M Business with Mignon Francois 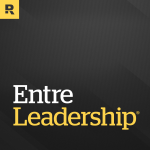