Ncaa, Colin Kaepernick, Hugh Jackson discussed on Outside the Lines 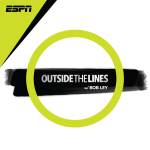 Ncaa, Colin Kaepernick, Hugh Jackson discussed on Outside the Lines

Outside the Lines 7 months ago

Balance of Power 53 min ago

News and Perspective with Tom Hutyler 57 min ago